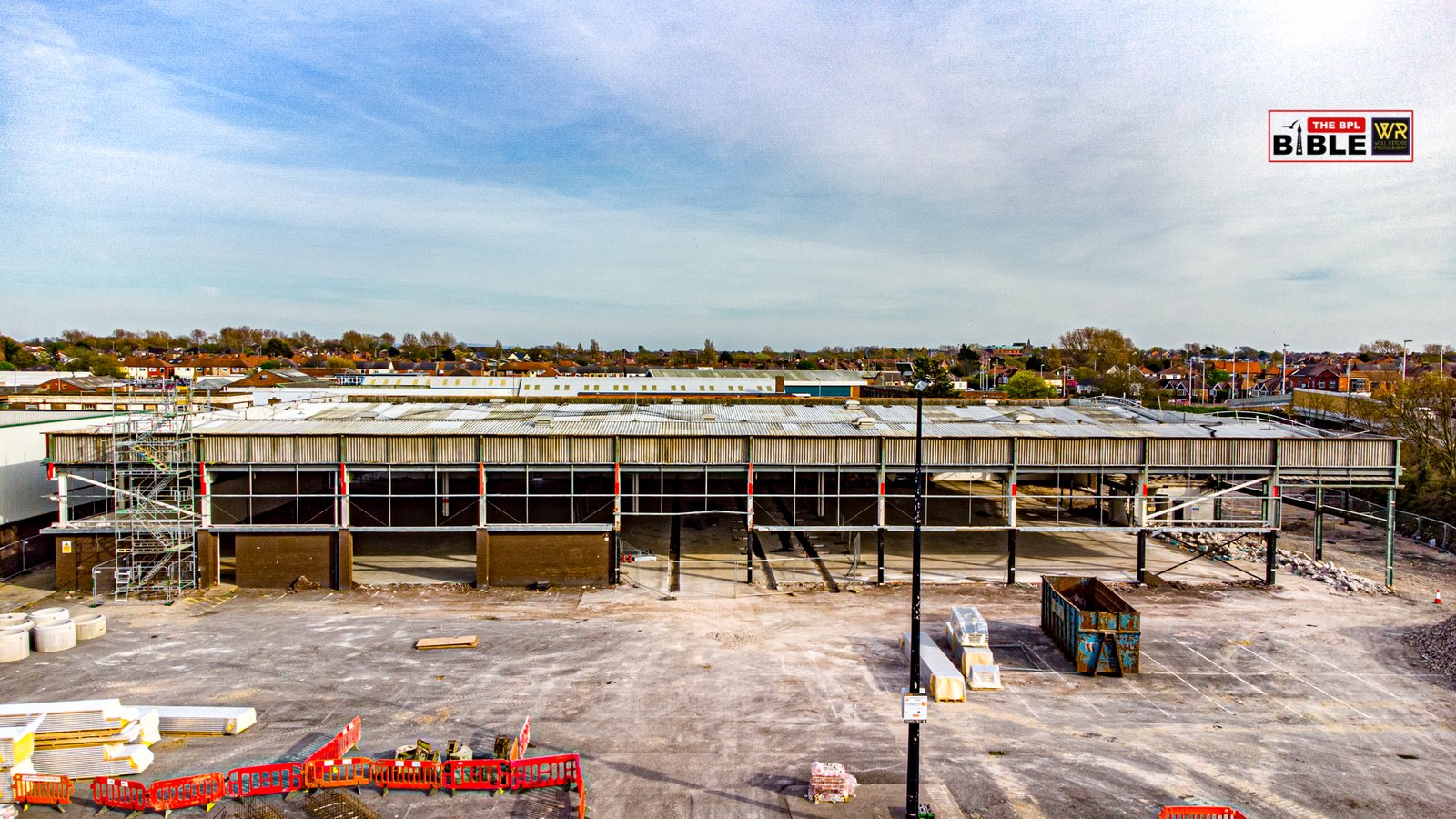 If you drive through Bispham – past the old B&Q / Poundstretcher site – You’ll have no doubt noticed it’s been absolutely gutted. That’s because the site has been purchased by Zurich Assurance and is being converted into 2 new trading units.

The site closed as a B&Q in 2017 and has been operated by discount retailer poundstretcher since then. It ceased trading on 26th Feb 2021 and shortly afterwards the site was fenced off and the work began.

In earlier planning documents it was made clear that the poundstretcher would remain in a smaller format but now it’s not believed to be the case.

This is one of the images submitted with planning applications.

Here’s how the property currently looks from the outside. 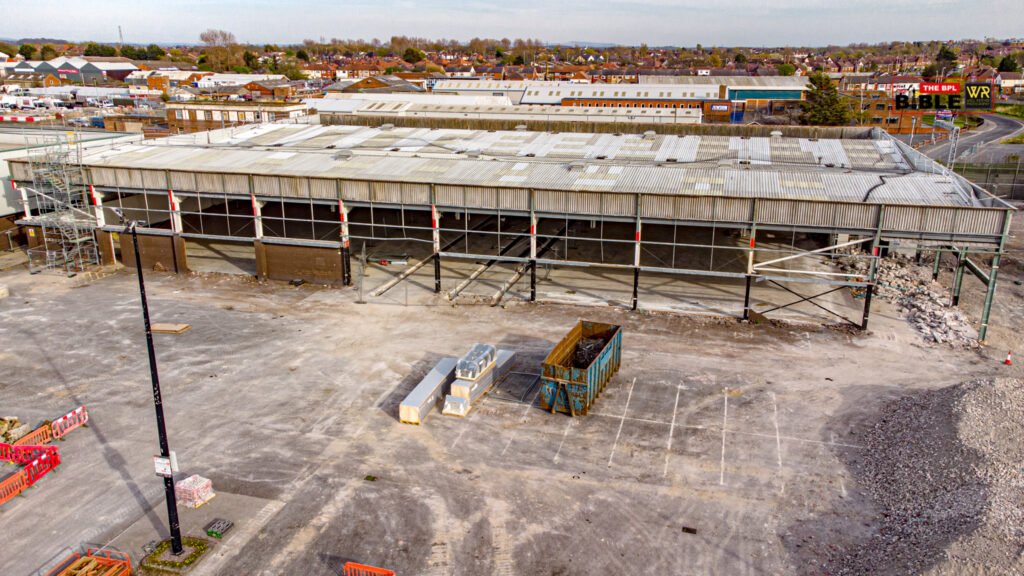 Plans were announced back in July 2020 after the site had changed to it’s new owner Zurich Assurance – who in partnership with Aldi – proposed to develop the 40,000 sq ft store into 2 units with the Aldi store taking up 21,000 sq ft including an extension for storage.

The council insisted that developers contribute toward improvement works to the surrounding junctions in order to deal with any extra traffic. (I.e. roadworks due anytime now really. The agreed fee was £30,000)

It’s thought that the first entrance closest to the lights will become an ENTRANCE ONLY and the second access further along the road will be the exit. 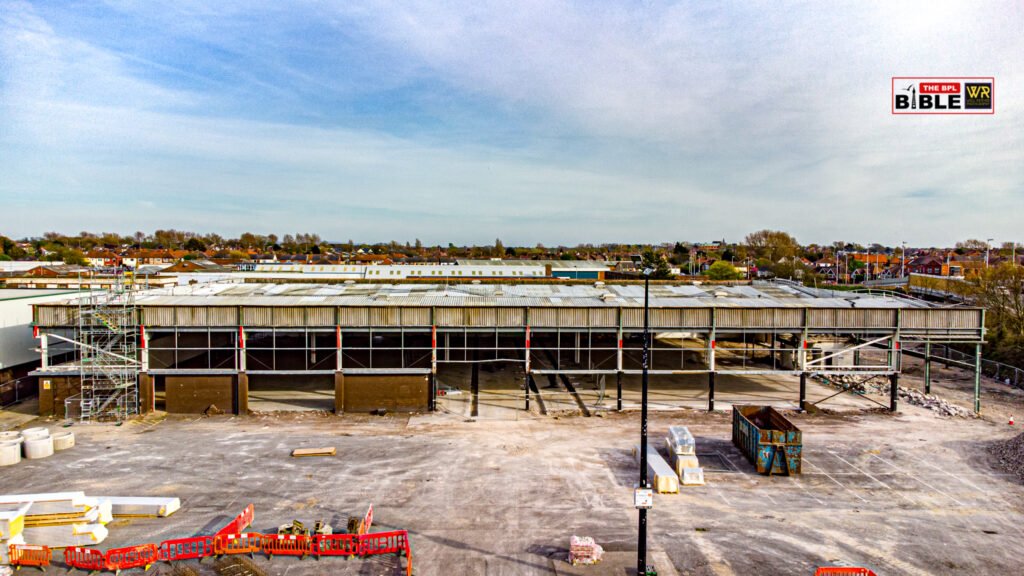 Plans for the new store include converting what was the outdoor section at the old B&Q into a storage area in order to free up more space inside for a 21,000 sq ft store and the second unit. 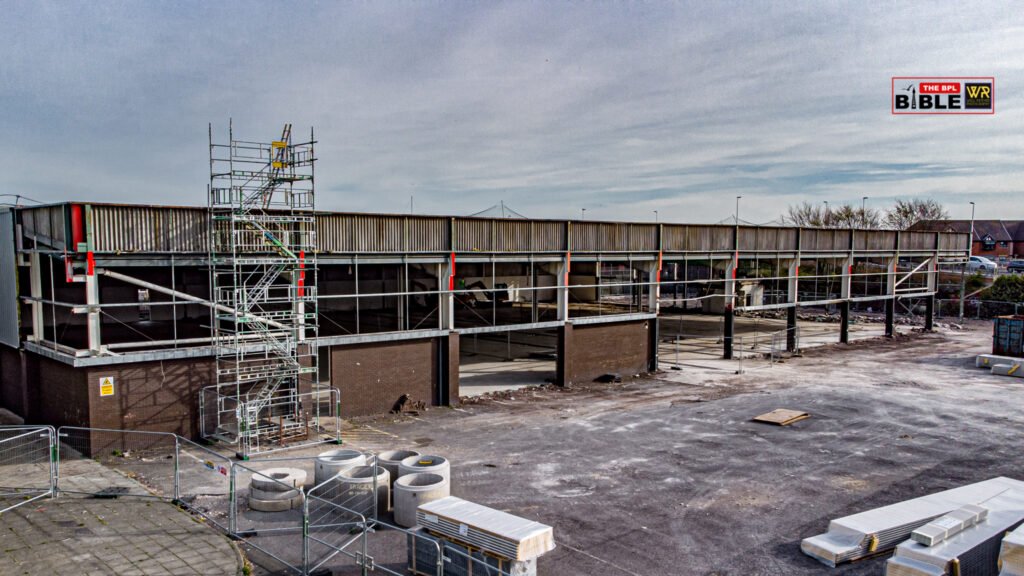 The second unit (Left side of the property) is yet to be confirmed however it has previously been rumoured that it could end up being a food court with 3 or 4 retailers taking up space in there. 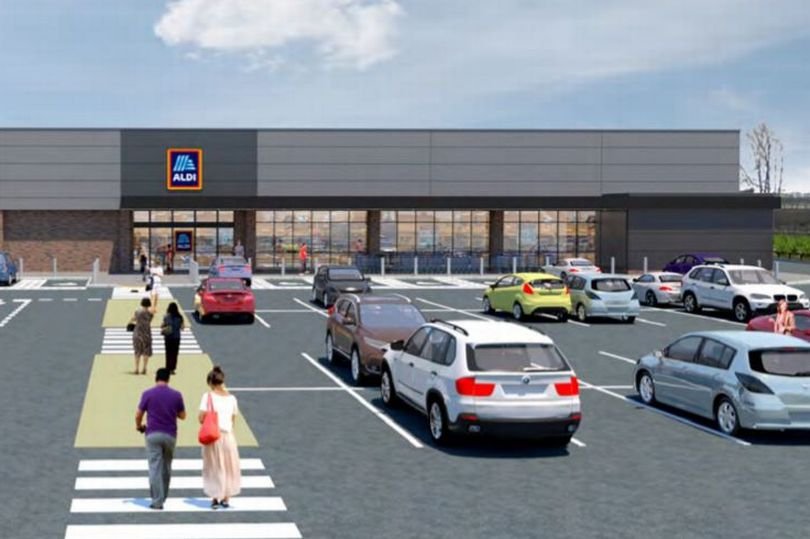 The pets at home store remains open and unaffected throughout the building works and is still accessible by the entrance further down Holyoake Ave.

On Friday evening after the site had been vacated and secured for the weekend – we sent our tiny robot over the fence for a little look around.

If you want to see more free local reporting like this – please subscribe to our email notifications below. We currently notify for every article but once we start publishing more than once a day we will send you only selected notifications.