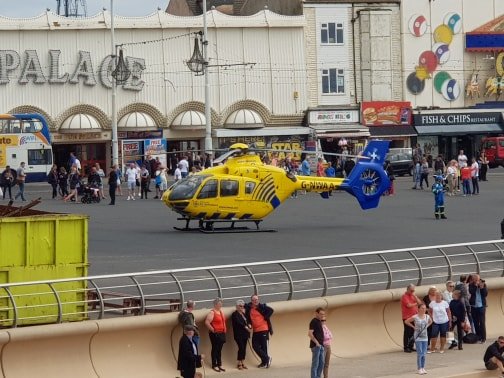 Man injured in fall from pier

2 Air ambulances were seen flying over the skies of Blackpool just now – one flew directly off to the east and a second appeared to land near grange park and shortly afterwards an ambulance could be heard heading in the direction of the Vic. 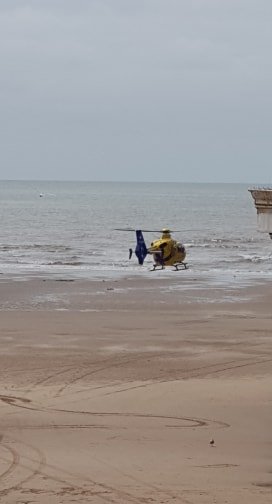 This activity is believed to be linked to earlier reports that a man had allegedly jumped from Blackpools Central pier into shallow water basically onto sand below about an hour ago.

One of our readers Kelly Yare was on the scene and sent us the pictures we present to you in this article. She told us that one air ambulance attended the incident landing first on the beach but then re-positioning to the promenade next to the pier. 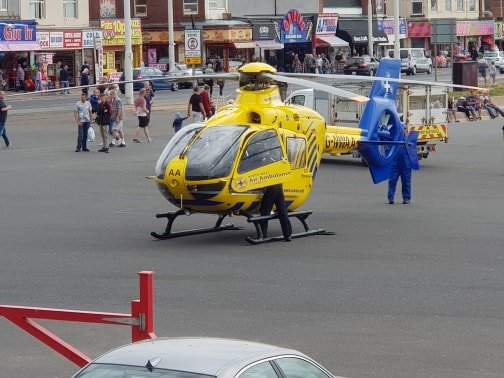 Police and coast guard were also on scene with another emergency ambulance and paramedics. 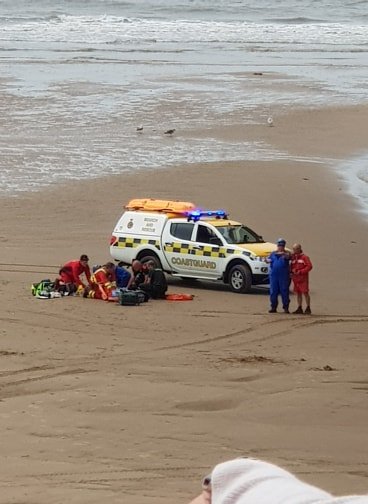 The casualty was being treated for quite a long time whilst on the sand which is likely why the air ambulance had to move from the sand to a more sturdy footing.

The pier is dotted with signs indicating its an offence to jump from the pier and anyone caught will receive a fine.

Another commentor on a local metal detecting group claimed that he had been the first to attend to the man who had broken his leg badly.

He added that the chap jumped into shallow water and had to be carried onto the relative safety of the sand. 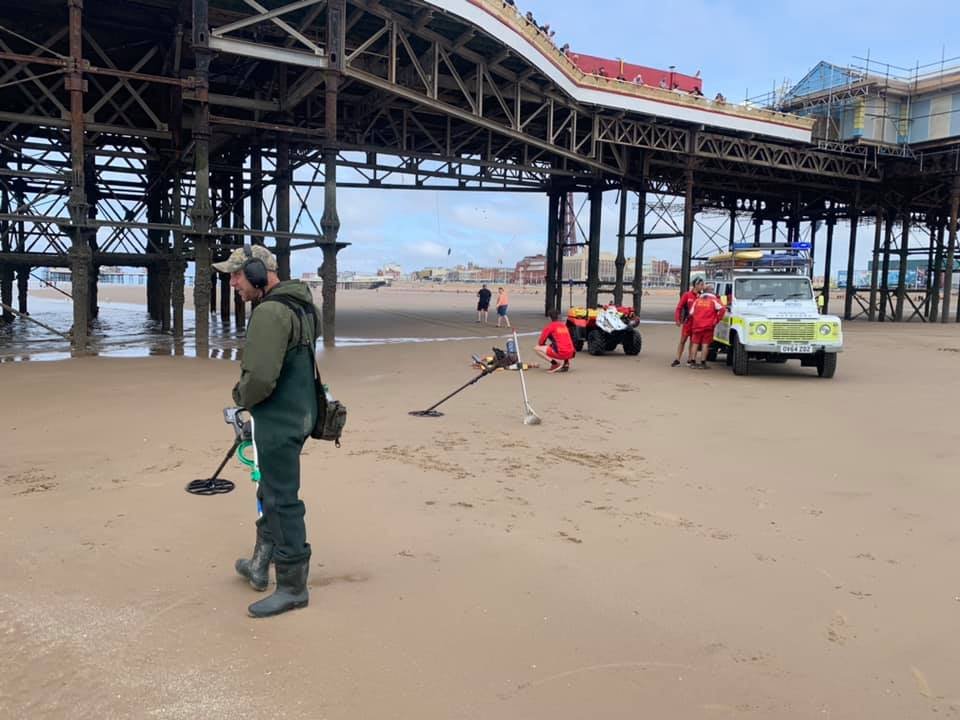 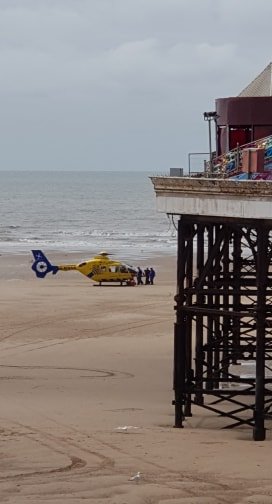 The editor would like to point out that – although sand can seem soft when you are playing in the surface – sand that is or has recently held water will stiffen up upon impact – meaning that a jump from the pier onto what you might think would be soft sand – would actually be more like landing feet first on a concrete pavement. If you want to know more about this – google non-Newtonian fluid. 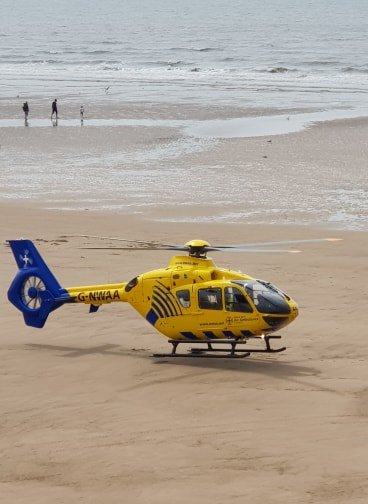 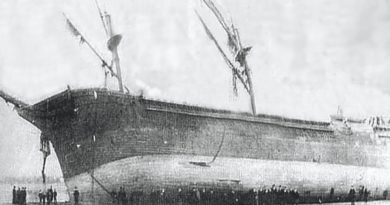 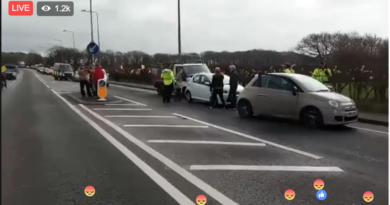 A Treasure Hunt With The Kids This Half Term