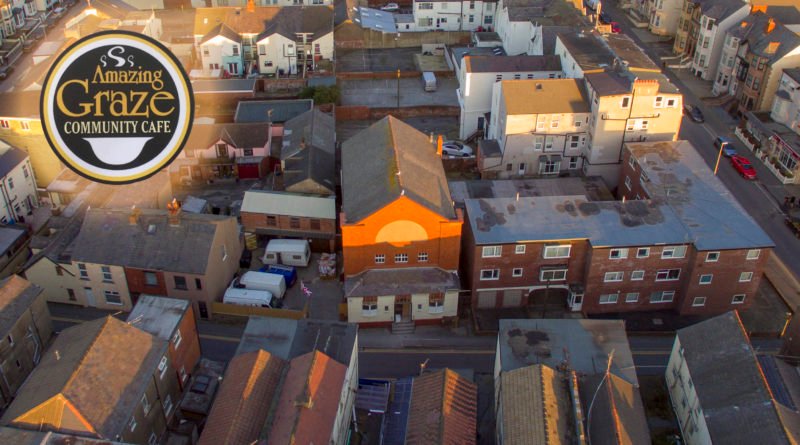 With the opening of Amazing Graze’s new premises in just 2 days time time, we thought that we would bring you some information about homelessness in Blackpool and across the country.  We’re hoping this will help locals to understand why homelessness is such a huge problem as well as debunking some of the myths surrounding this often taboo topic.

We went onto the streets just before Christmas to see what these local groups got up to. 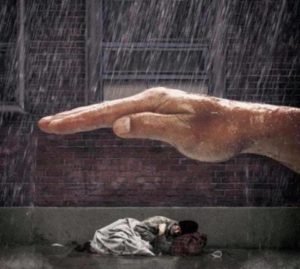 Across the UK, the statistics for homelessness is rising at an alarming rate. Although there was a decrease in numbers for those sleeping rough by 2% between 2017 and 2018, the numbers of homeless people sleeping rough in the UK has increased by 165% since 2010, based on findings by homelessness charity Homelessness Link. In January 2018, it was estimated that 4677 people were sleeping rough every night across the country.

If you take a walk through the streets of Blackpool, or indeed most towns and cities across the country, you’re likely to see homeless people or people asking for money. Due to stereotypes, it can be difficult to approach these people or know how to help them.  Sadly, the instant reaction of most people is to either cross the road or to mutter that they should get a job or similar. These stereotypes have come about because of common misconceptions that people have about homelessness. We’ll take a look at some of the misconceptions that people have and explain why each statement is not necessarily true:

Often, people complain that people who are homeless are too lazy to do anything about their situation and that they should simply get a job. Unfortunately, the situation isn’t so simple for people who have nowhere to live. If you have a home, you will usually have access to a phone and computer as well as being able to receive things like letters for job offers or interview invitations. You cannot easily access these things if you are homeless. In addition to this, just to survive, homeless people often find themselves working extremely hard just to ensure that they have the basic necessities of life. Having food, shelter and income are not easy to come by when you are homeless. This means that due to the numerous barriers that they face, homeless people do not have the opportunity to be ‘lazy’ even though they possibly are unemployed. 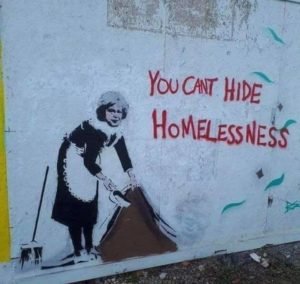 All homeless people are addicts

It’s their choice to be homeless

Homelessness is hardly ever a choice. There are many different factors that can cause a person to become homeless. Usually, homelessness is an end result when all other avenues have been exhausted or if the individual’s circumstances make it impossible to keep their accommodation. Some of the reasons why an individual may be made homeless include: 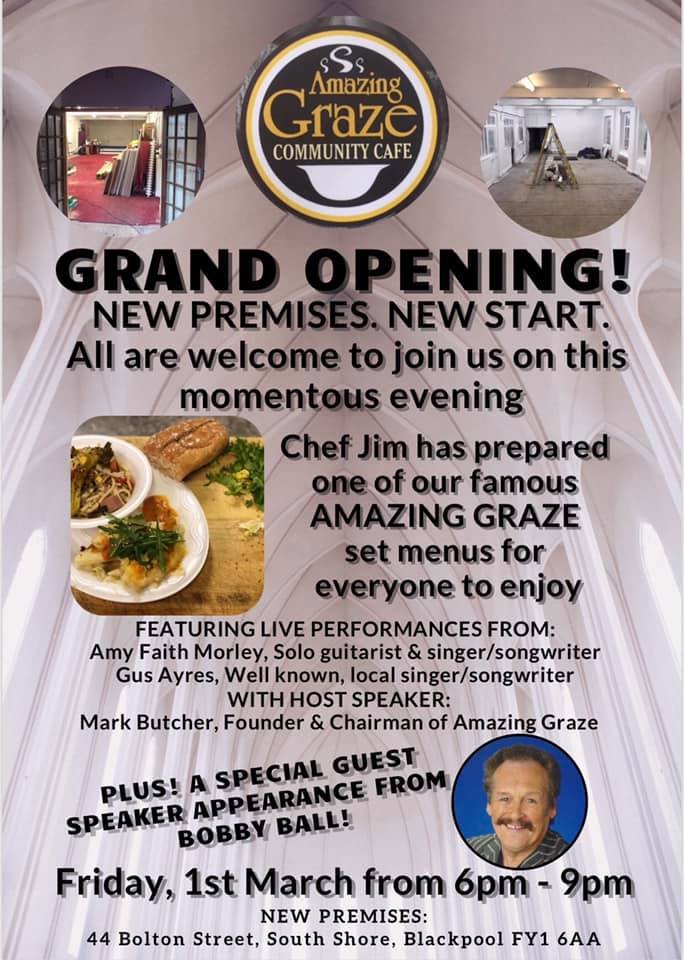 They should just get a job

In reality, a number of people who are homeless are also employed.

Those who are not employed find that having no fixed address adds a major barrier to finding employment. Something as simple as not having access to a shower means that a homeless person will struggle to make themselves presentable for a job interview or indeed going out to work frequently. Barriers to transportation due to lack of income and other issues such as mental illness also make it difficult for homeless people to find and maintain a job. Those who are fortunate enough to find work are often only offered part time hours and minimum wage positions, both of which mean that it is virtually impossible to improve their living situation, especially with the rising costs of living. 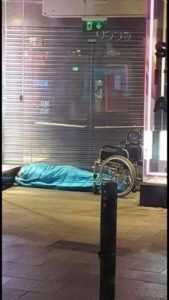 Sadly, independent organisations such as Amazing Graze have needed to be set up by the local community due to a massive lack of support from our own government. In addition, many of the solutions that are already there to support the homeless focus on practical and emergency services such as shelters and food banks.

This in itself is not enough to deal with the problems faced by those trying to escape an endless cycle of poverty and homelessness. Larger systemic factors still stand in the way such as lack of affordable accommodation as well as the stereotyping and criminalization of the homeless, which prevents people from finding suitable and permanent accommodation.

In addition, accommodation that is available to the homeless is in short supply so it is prioritized depending on each individual. Families with children or who have an illness are usually a priority whilst single middle aged males who have no dependents are often at the bottom of the list. This can mean that there are homeless people who are on a waiting list for supported housing for years.

Mobile phones are an absolute necessity for homeless people. Even if they have nothing else, a phone is a lifeline. It is usually their only means of staying in touch with family and friends, accessing homeless services and attempting to find suitable housing and employment.

I’m not giving money to a homeless person, they will just spend it on drugs 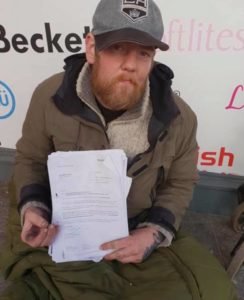 It’s a personal choice to give money to a homeless person if they ask you for it. They may indeed use the money to buy drugs or alcohol. They may also use the money to buy food, a bottle of water, medicine if they are sick, clothes, a sleeping bag or other survival supplies or may even be trying to put some money aside to help them to get some accommodation.

If you don’t want to give a homeless person money, that’s fine. It would only be a temporary fix anyway. You could help them by giving them advice on where to go for assistance such as Amazing Graze. If you want to help the homeless person out without giving them money, you could give them a pair of socks or maybe buy them a sandwich or a bottle of water. A small gesture like that often goes a long way for someone who has hit rock bottom.

With Great Thanks to the community

Thanks to the great work of outreach groups like the Albert Project, Streetlife, United Blackpool and countless more – the homelessness epidemic we have seen in Blackpool has come to an apparent slow down but people are made homeless each day. Places like amazing graze can offer a respite from the cold, a shower and a change of clothes, laundry facility and anything that one might need help with – all under one roof and that’s all thanks to the hard work and donations from people in the local and now wider community thanks to publicity from people like bobby ball who has got involved and coverage on regional news and local radio.

There have been plenty of celebrity endorsements and shout out too like this one..

Many different trades-people and suppliers have stepped up and installed expensive equipment and fittings free of charge – in order to further the great work that is being done by Amazing Graze. We can’t thank them enough – we will be visiting each trade and supplier that has helped in order to shed a little light on what they are doing. Great local people working for a better future.

Amazing Graze Soup Kitchen has found a new home and will be back in business on Friday!H E L P / S T I L L / N E E D E DThey still need plasterers, plumbers, joiners and sparkies to lend a hand – along with a ground-working/building company than can help with an access ramp… We also reckon that the front of the building and the windows could do with a good washing down too so if there are any other able bodied volunteers out there feel free to head down to the new premises and offer your help!!If you can help with any of the above please contact amazing graze via their Facebook page or just turn up at 44 Bolton street and ask for Mark – they're all called mark anyway…

Amazing Graze officially opens on March 1st and is a soup kitchen that provides free meals for the homeless and vulnerable people and provides that same comfort to anyone struggling with debt or financial crisis.

Please use the comments bar below to leave a message of support and you can choose to share that to your timeline to help spread the good word. 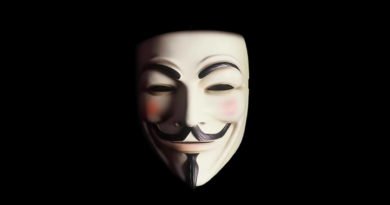 Remember, Remember The 5th of November! 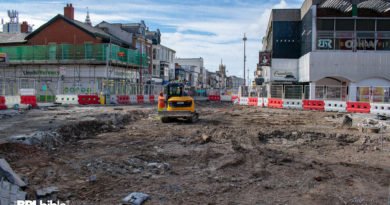 Tear up the Town 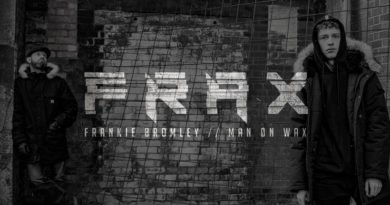