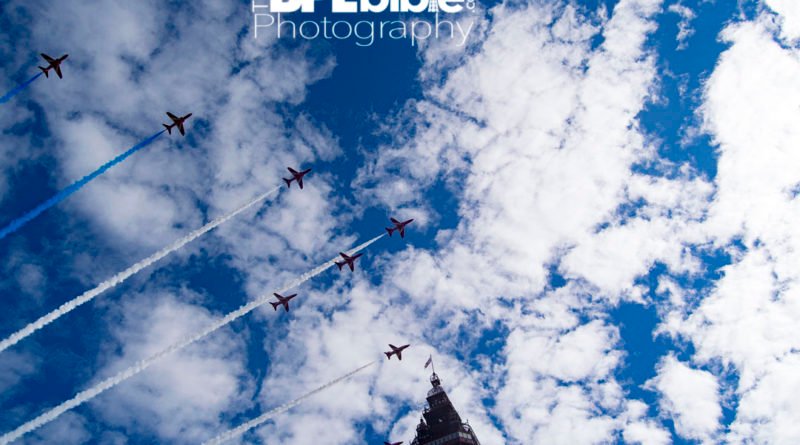 This weekend has been an absolutely action packed Jet fuelled fun fest on the promenade. Thousands of locals and tourists flocked to the promenade to try and get the best view of the aerial action. 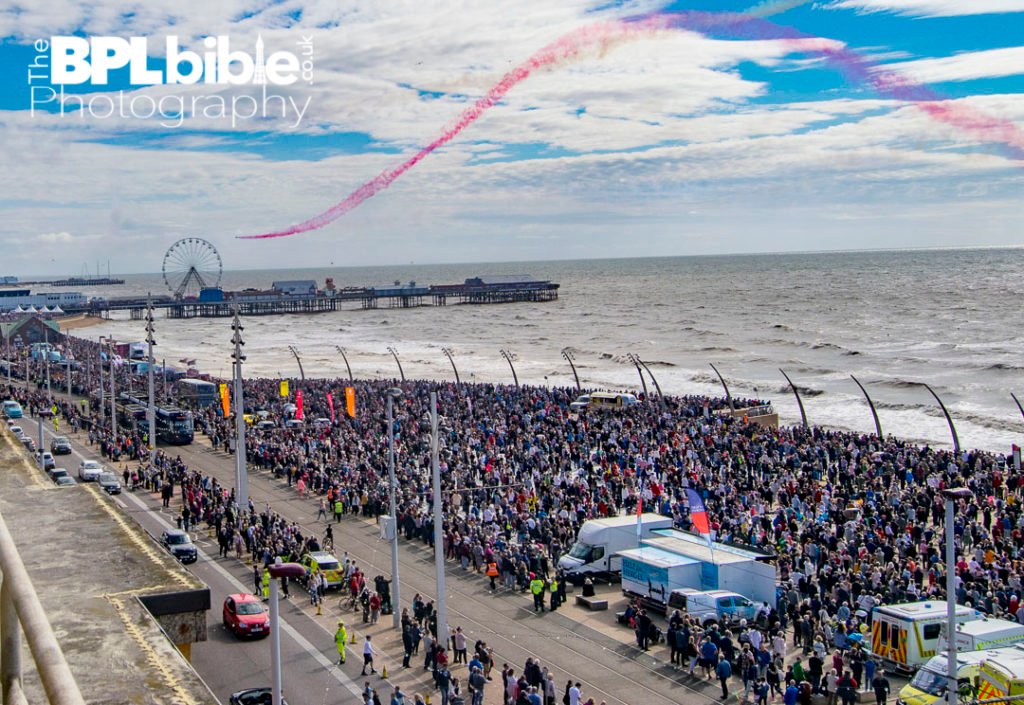 The BPL Bible had planned to live stream the event from the rooftop of Viva thanks to the manager Martyn Heywood for allowing us access to the roof. However – the masses of people all carrying smartphones meant that connecting to the 4G network was nigh on impossible.

We managed to get a few little bits out on our Facebook page but the live feed just wouldn’t load. 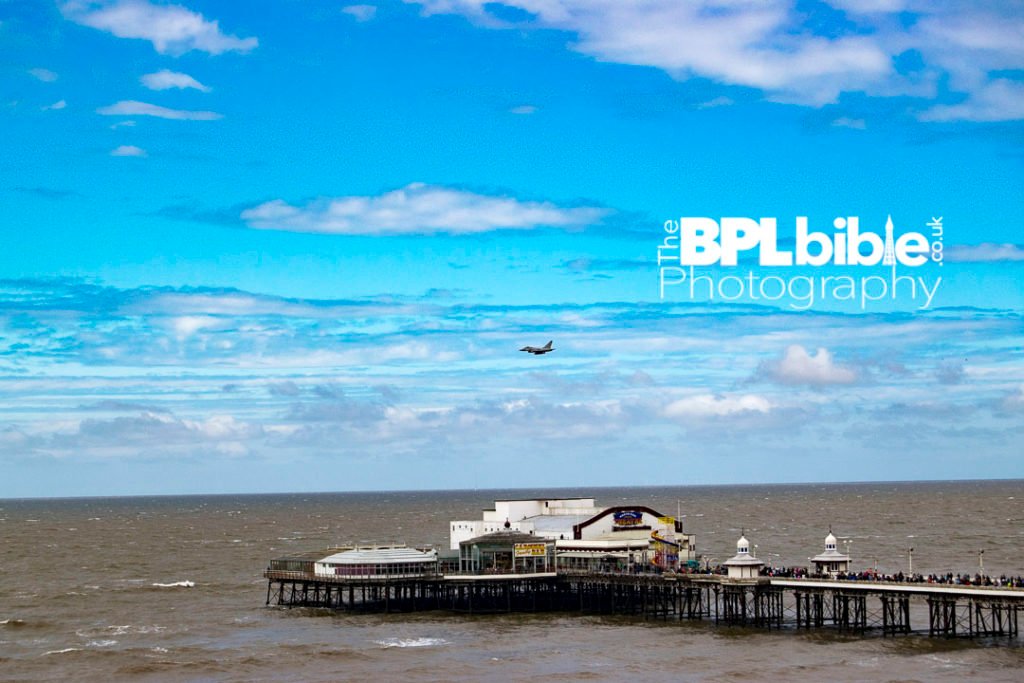 We Took some photos of the first few aircraft including the Typhoon pictured above – which is assembled on the Fylde Coast at Warton Aerodrome (BAE SYSTEMS). This Aircraft is by far the loudest due to the 2 EJ200 engines which push out a maximum of 160 decibels. The sound will shake the ground and set off car alarms. 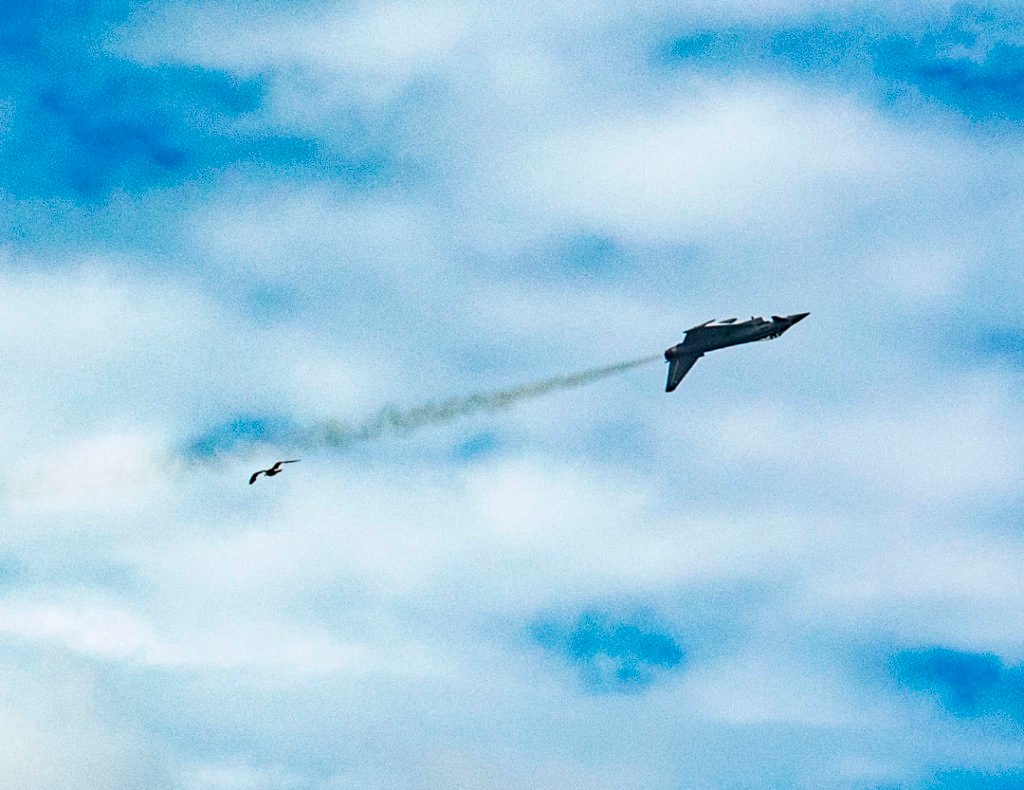 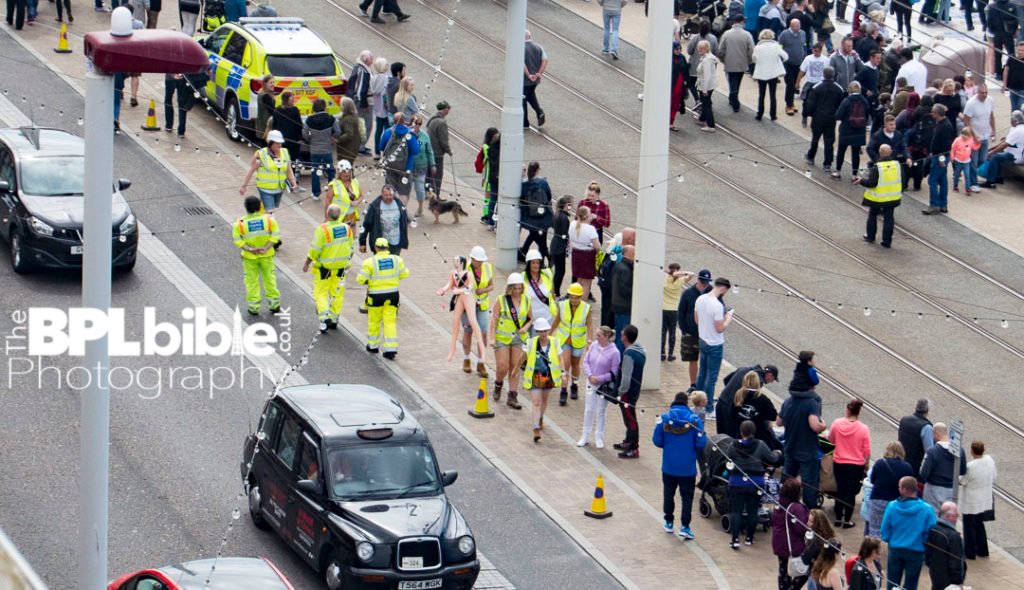 This Hen party looked a little lost among the masses of families on the promenade. But it’s Blackpool at the end of the day – We attract all sorts to this town. 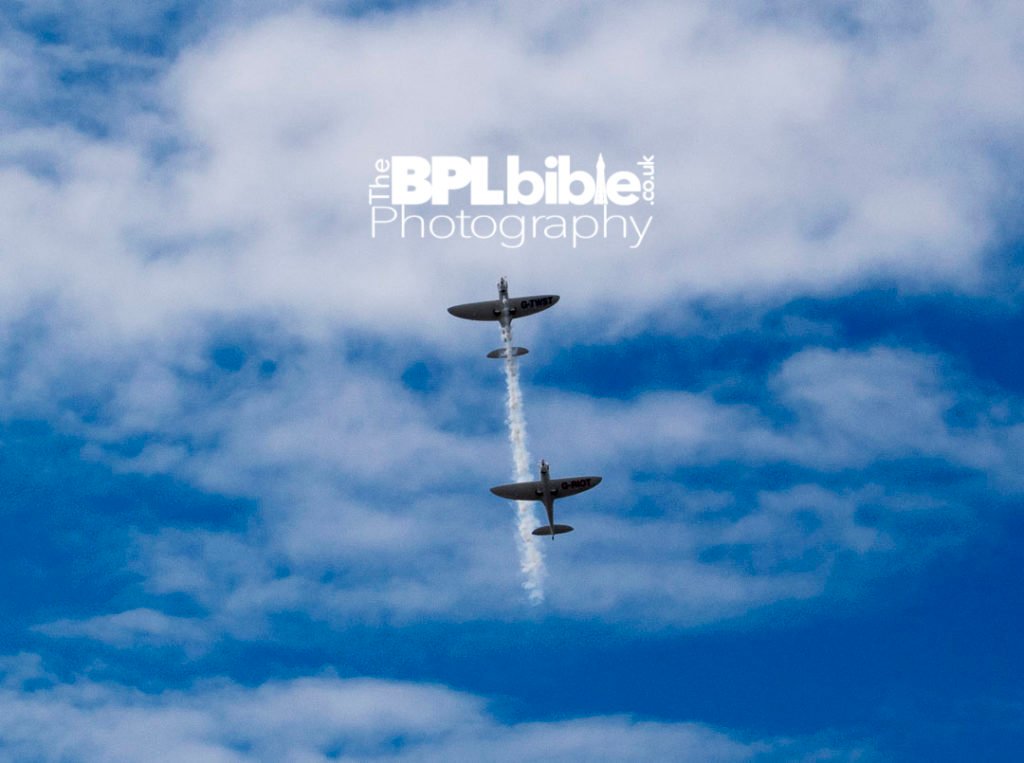 These high flyers wowed the crowds with their propellor driven aerobatics – the sound is very different from that of a jet engine and the displays can seem somewhat slower but none the less still extremely impressive and technically difficult to pull off by the pilots. 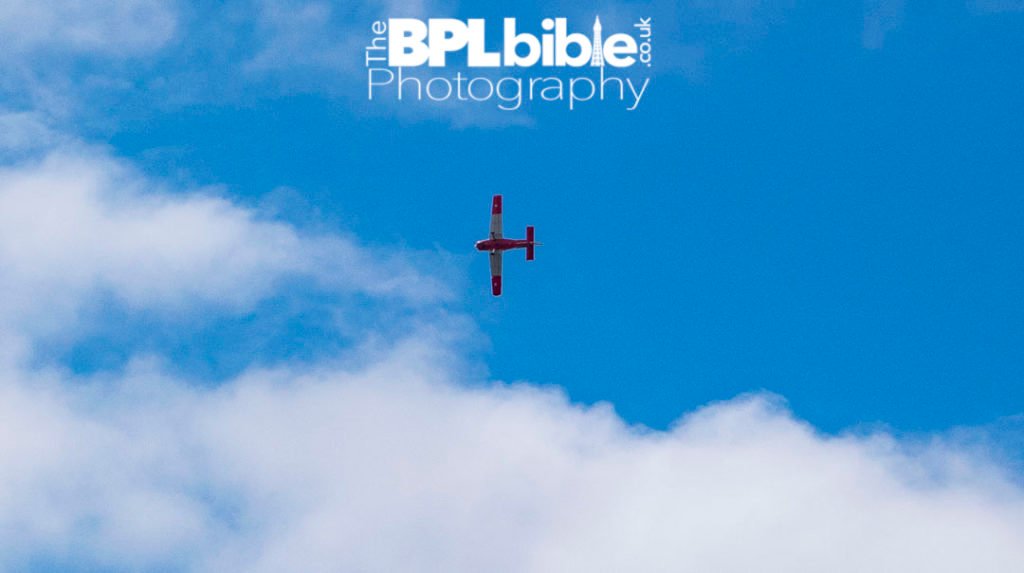 A different type of prop driven aircraft at the display was the Chipmunk – A staple training aircraft for the RAF for many years and flown by Cadets into the late 90s. This aircraft is started by essentially firing a “shotgun cartridge” directly into the engine to ignite the fuel. Low tech – Old Skool!! 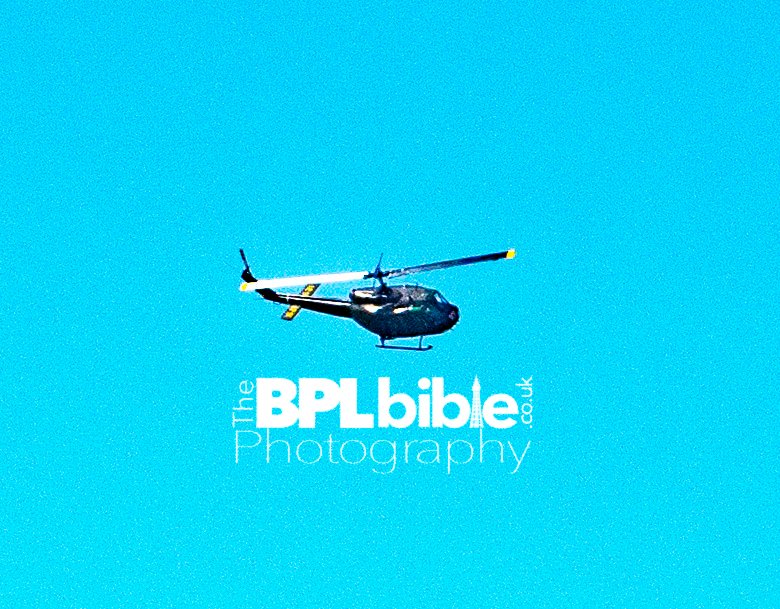 The Bell “Huey” was used by the US armed forces during the vietnam war to ferry troops and equipment into battle while evacuating the wounded on it’s return journey. Still in use today and the basis for another well known helicopter the “jet ranger” also manufactured by Bell. This particular model can be seen flying around the Fyldes skies on a regular basis and is owned by a chap from kirkham who also operates a deep sea engineering and submarine company from the Fylde.
The 2 rotors make a very distinct thud which cn be heard for miles around, very different from the sound of the local police helicopter or air ambulance. This chopper featured heavily in the film apocalypse now. Its a mean machine.

It was at this point that we decided to head down from the rooftop of Viva to retreat to the safety of our cosy BPL Bible corner at Walkabout for a cappuccino and some free wifi before we rushed back to get this picture of the Red Arrows starting their display above the tower. 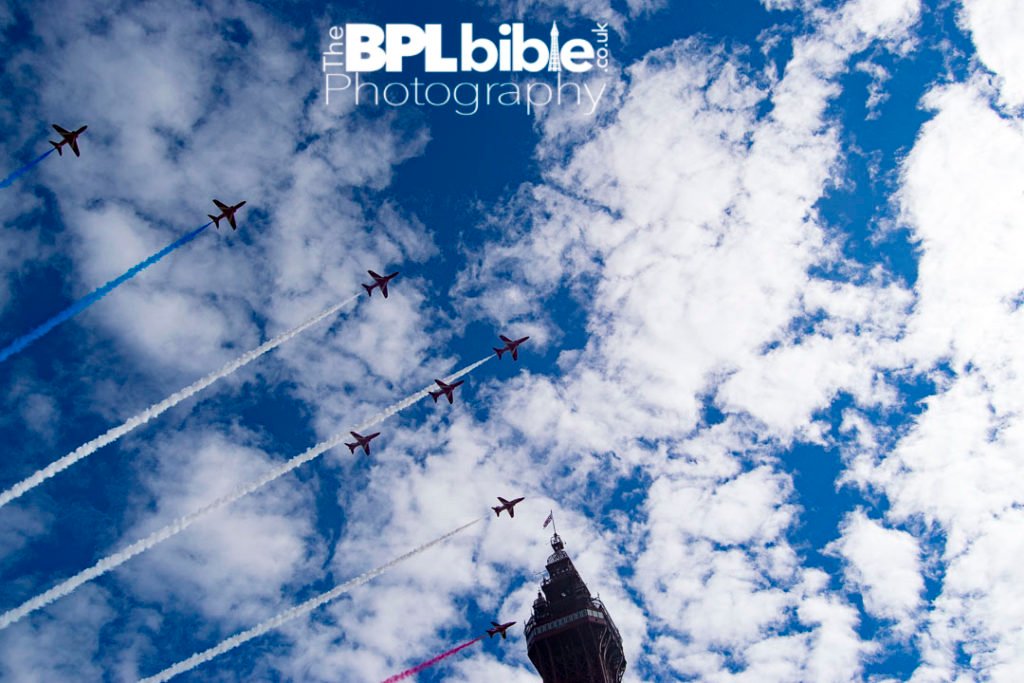 We’ll leave you with a couple of our best pics of the REDS in action. There’s not much for us to say about the red arrows except that they are always a welcome sight in Blackpool and anywhere around the world. Considered the world’s premiere air display team these boys do all the talking in their actions!!! 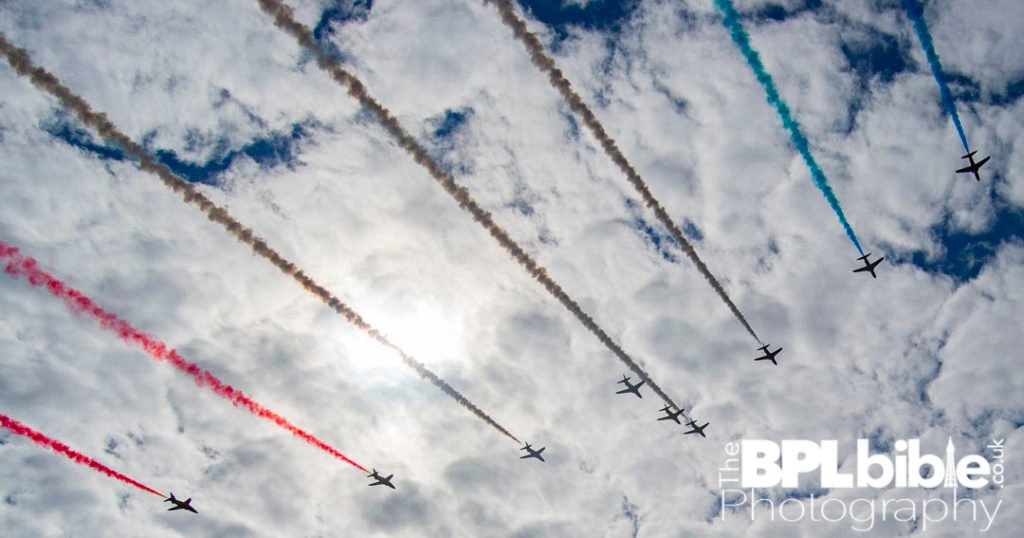 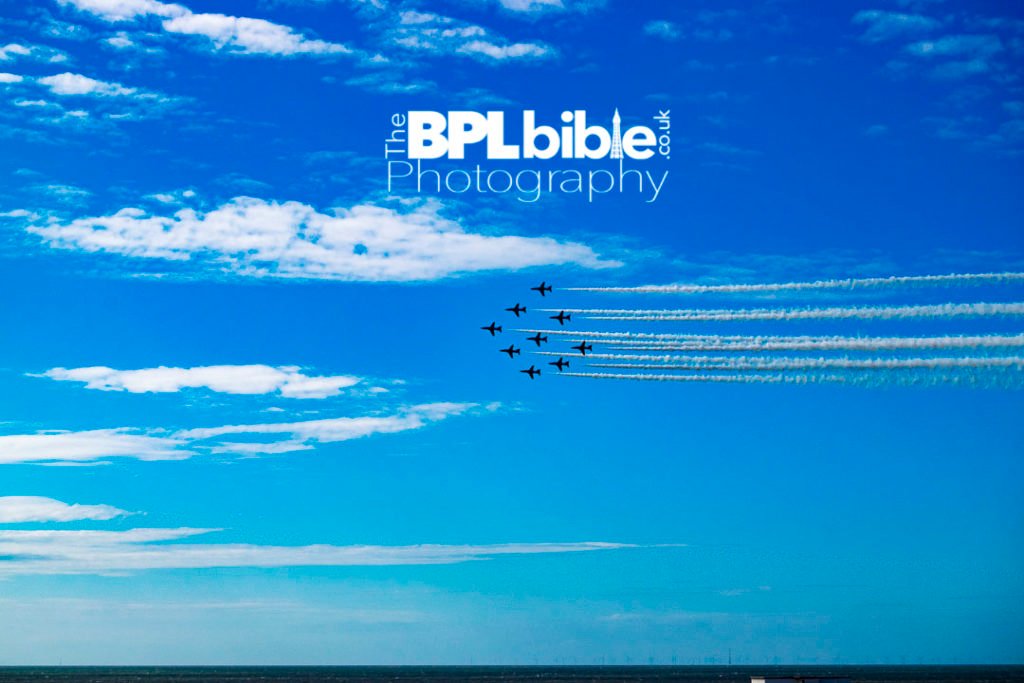 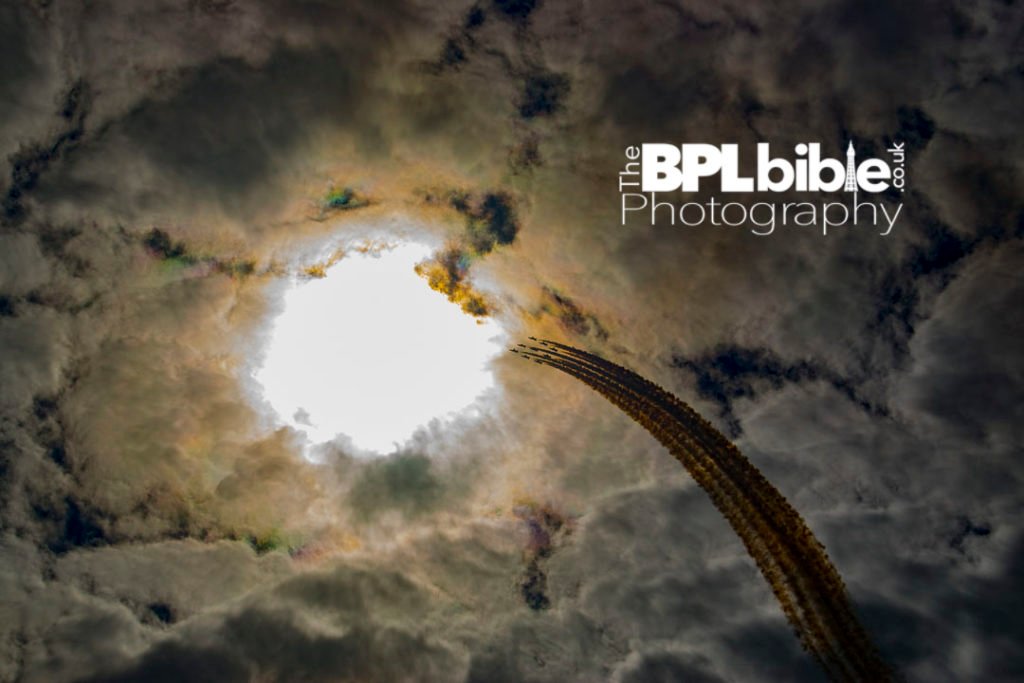 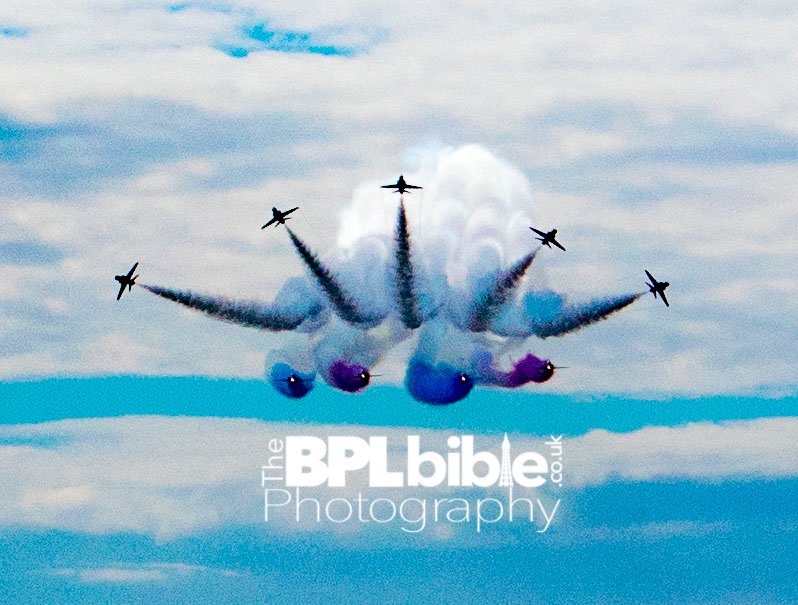 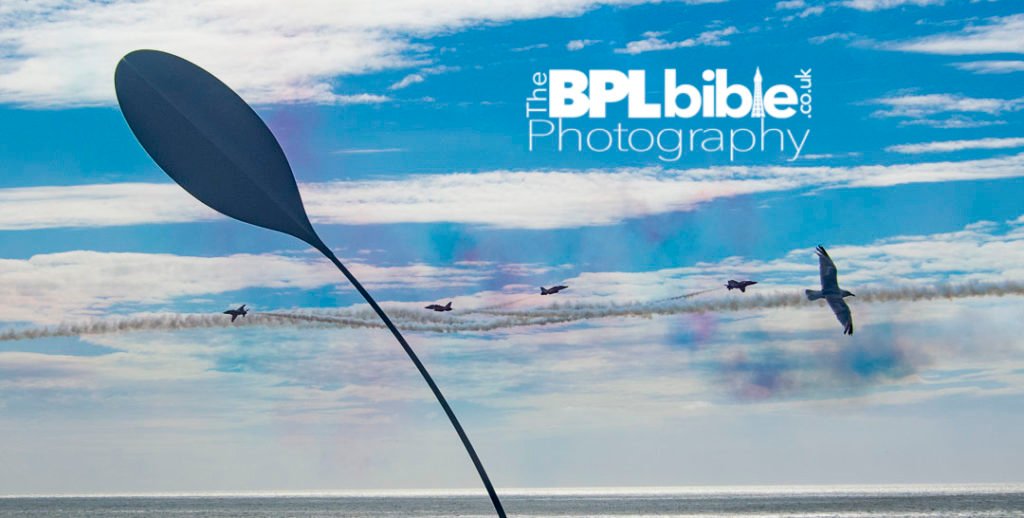 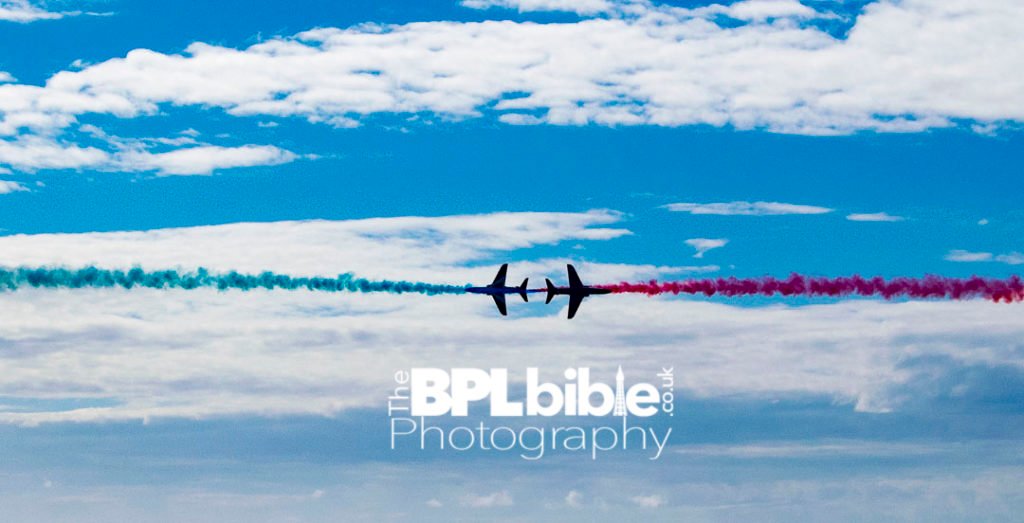 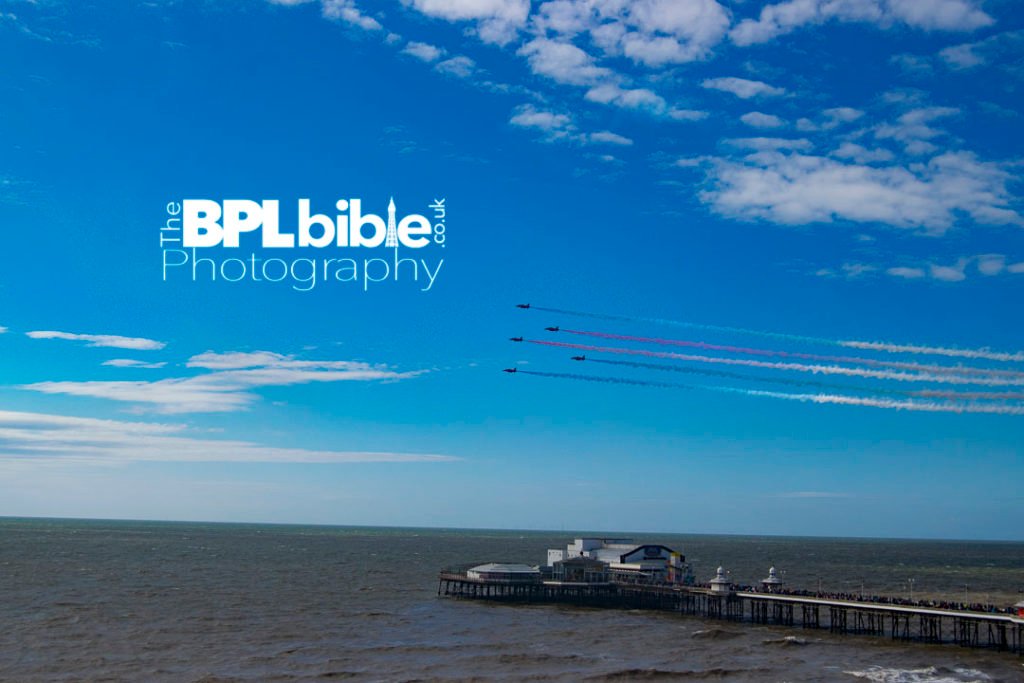 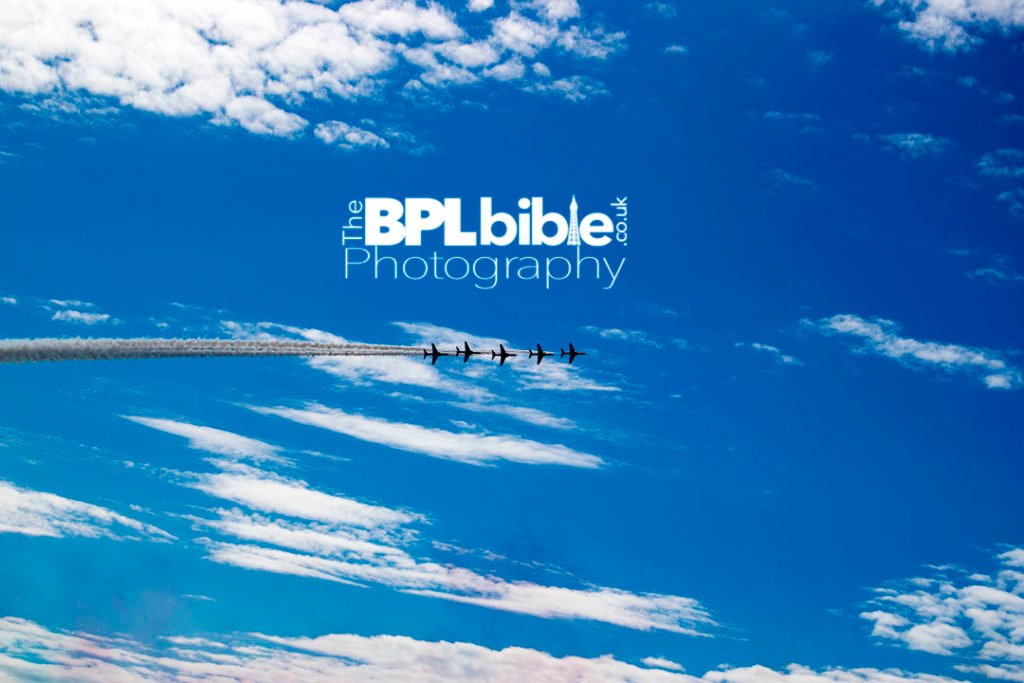 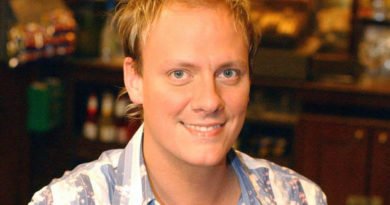 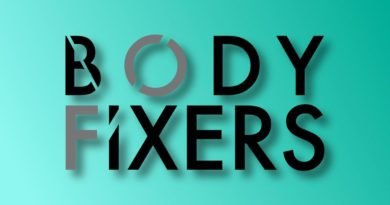 A New Look For Liam