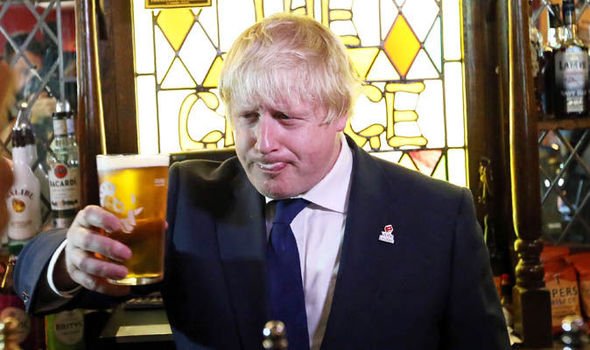 News outlets report this morning that Boris Johnson, UK Prime Minister has made his plans for his team’s Post-Covid Summer Blowout and we’re excited to hear that he has chosen Blackpool for the group’s weekend.

Speaking from Downing Street, at 6:30am, he gushed about his whopping deal with one of Blackpool’s newest Hotels that no one asked for, The Premier Inn on Talbot Road.

“I couldn’t believe our luck when I clicked on the Premier Inn site this morning” grinned Johnson, “Just £29 a night each, Rishi is even more excited than I am.”

Johnson went on to explain that he was looking forward to staying in the new hotel thanks to it’s close proximity to new Trilogy nightclub as well as Jason Fubar’s new Rum bar, Marleys, which he had read about on Lancs Live last week.  “We didn’t really consider when we banned holidays last month that we wouldn’t be able to take our own holidays abroad, so we are hoping that Mr Fubar will not disappoint with his authentic Caribbean rum boat experience”.

Local pal Scott Benton MP has been tasked with ensuring that transport to the area will be no issue for the post-covid blowout, meeting with the Rail Minister to check that there are more frequent services into Blackpool South Stations.  We’re not sure if Boris is aware that the closest station is Blackpool North.

Rishi Sunak was not available for comment, but we understand that he is especially looking forward to sending Hancock to Sainsbury’s to grab a couple of crates so they can have some warm up drinks before heading out.

It’s also believed that Chris Whitty has been polishing up on his rapping skills ready for a karaoke sesh at Ma Kelly’s.  “Chris sent me a text earlier to tell me that he saw that Ma Kelly’s had shut but that the admin on Blackpool Community Chat had corrected the claim”.

It isn’t known at this stage whether or not the party will be taking their spouses, but Boris didn’t mention Carrie or son Wilfred in his announcement.