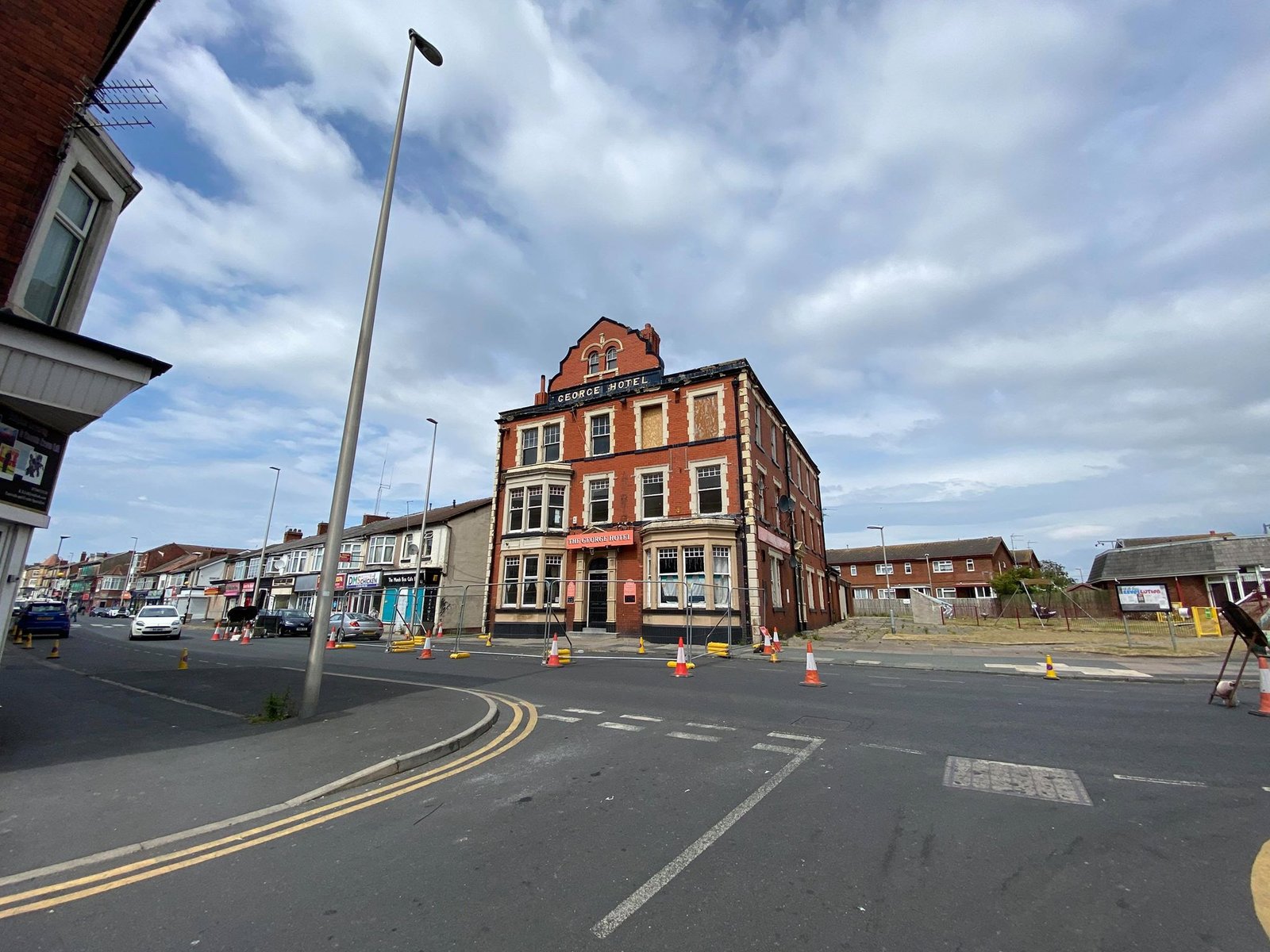 The cottage at the corner of Ibbison Street and Central Drive became a beer house with James Bagot as landlord. Known as the Revoe Inn, it was bought in 1887 by Leo Waddington with Thomas Lingard as tenant. A joiner in Preston Old Road, he lost his arm in a machine, so his wife Elizabeth acted as landlady, taking the beer round in quart mugs. 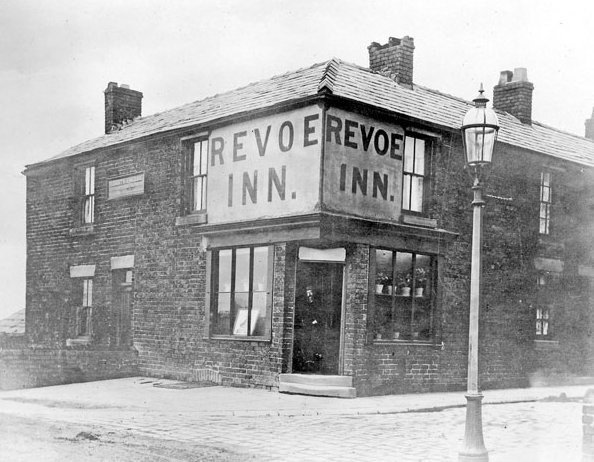 Around 1893 it was demolished for the George Hotel, a great centre for fisticuffs from the unruly element of Ibbison Street. After one brawl a man had to send for a doctor. He shouted through the letterbox “Quick, a gentleman from Ibbison Street has been injured.” Back came the reply “There are no gentlemen in Ibbison Street.”

Elizabeth Lingard was then the true landlady – Thomas had clearly had enough of one-armed pint pulling. The George was finally bought by Threlfall’s Brewery in 1897 but was described in 1901 as “a mean inn”.

It was originally a farm and dairy, which made way for the pub. 1893 – The Revoe Hotel was built on the site of the Revoe Inn at the corner of Ibbison Street and Great Marton Road (Central Drive). It changed its name to the George Hotel in 1894, being bought by Threlfall’s Brewery in 1897. Ibbison Street demolished 1974 ( extra information from Alan Stott/Nick Moore/Blackpool’s Past archive/JWG ) 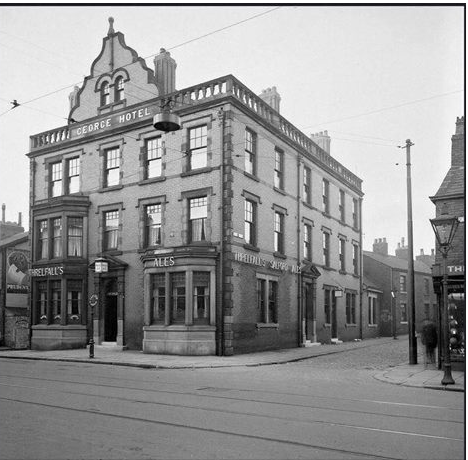 The George closed in November 2012, but although it re-opened shortly afterwards, trade had declined. In June 2019, planning permission was granted to turn its upper floors into apartments. 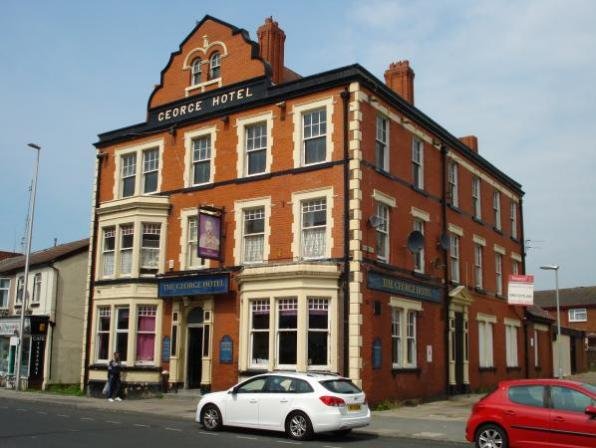 On 11th June 2020 Blackpool council erected a safety fence outside the front of the building after concerns were raised about the buildings structure  specifically relating to the top floor and fascia of the building which appeared bowed accompanied by some large visible cracks.

The building is locally listed however this would not stop the building from being condemned if it’s deemed too dangerous. 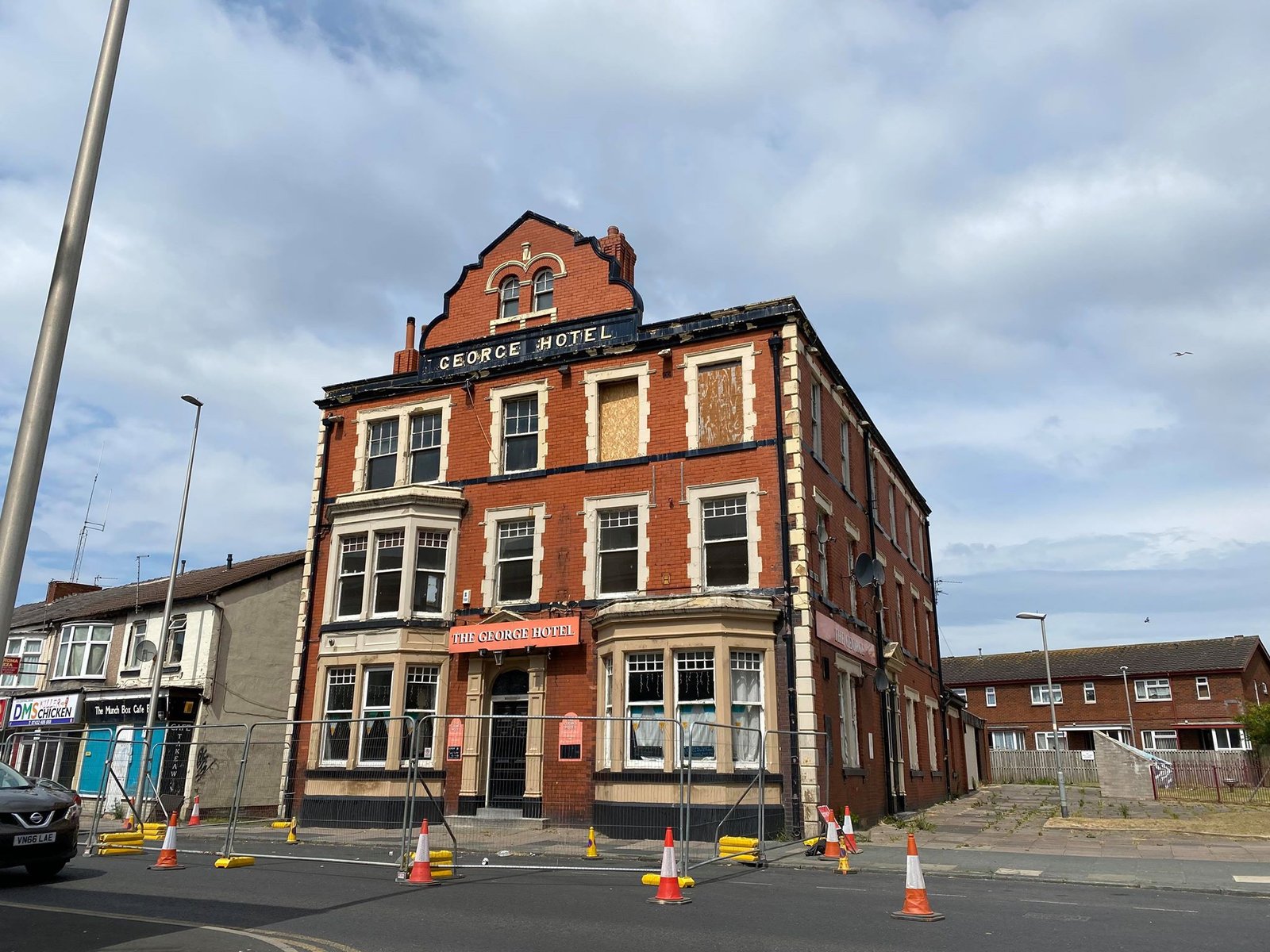 On the 12th of June we sent down our local history expert and photographer, ( who was socially distancing and observing rules )  to see what was going on. It seems that a flurry of activity has been going on since we at the BIBLE last visited !

Jack one of the licensee’s had the following to pass on to us “The building owner and licensee have been down, engineers and the planning department from the council to access what had been happening.”

“The pub had only recently opened up in Dec 2019 after being closed for a long time so we only had a couple of months to get all set up and then lockdown happened.”

“Now the council has condemned the front of the building they have been monitoring on google earth for quite a long time they have seen recently that it has got worse , so it has to be fixed and the council have blocked off half the road we have to put scaffolding up immediately and get it sorted. We at the George have spent so much time and money trying to get the pub back open and now we are hit with this, but it is a historic listed building”. 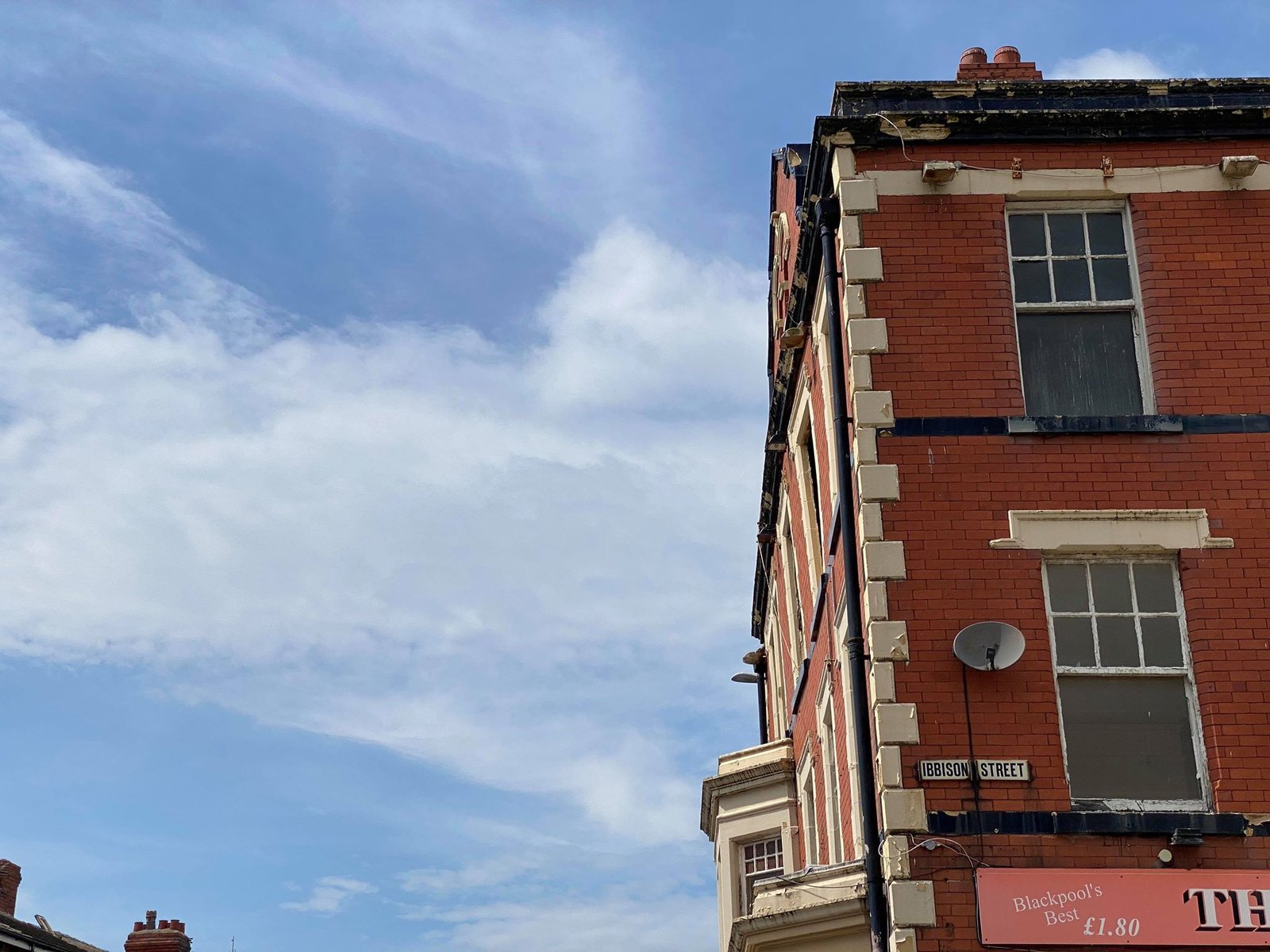 When we asked how long this all could all possibly take, “Well with all the building scaffolding, engineers and the council it could take a couple of months. we have to get a big crane in to get the big sandstone George sign off ! “

“We believe that when the scaffolding goes up they will be able to reduce the barriers around the building.”

Local residents who live opposite are concerned on the impact the remedial work will have on where they live, but are very much part of the “Revoe” community and want to see the “George” back to its former glory with potential flats above the pub having been granted planning permission. As always the Bible will keep you updated.