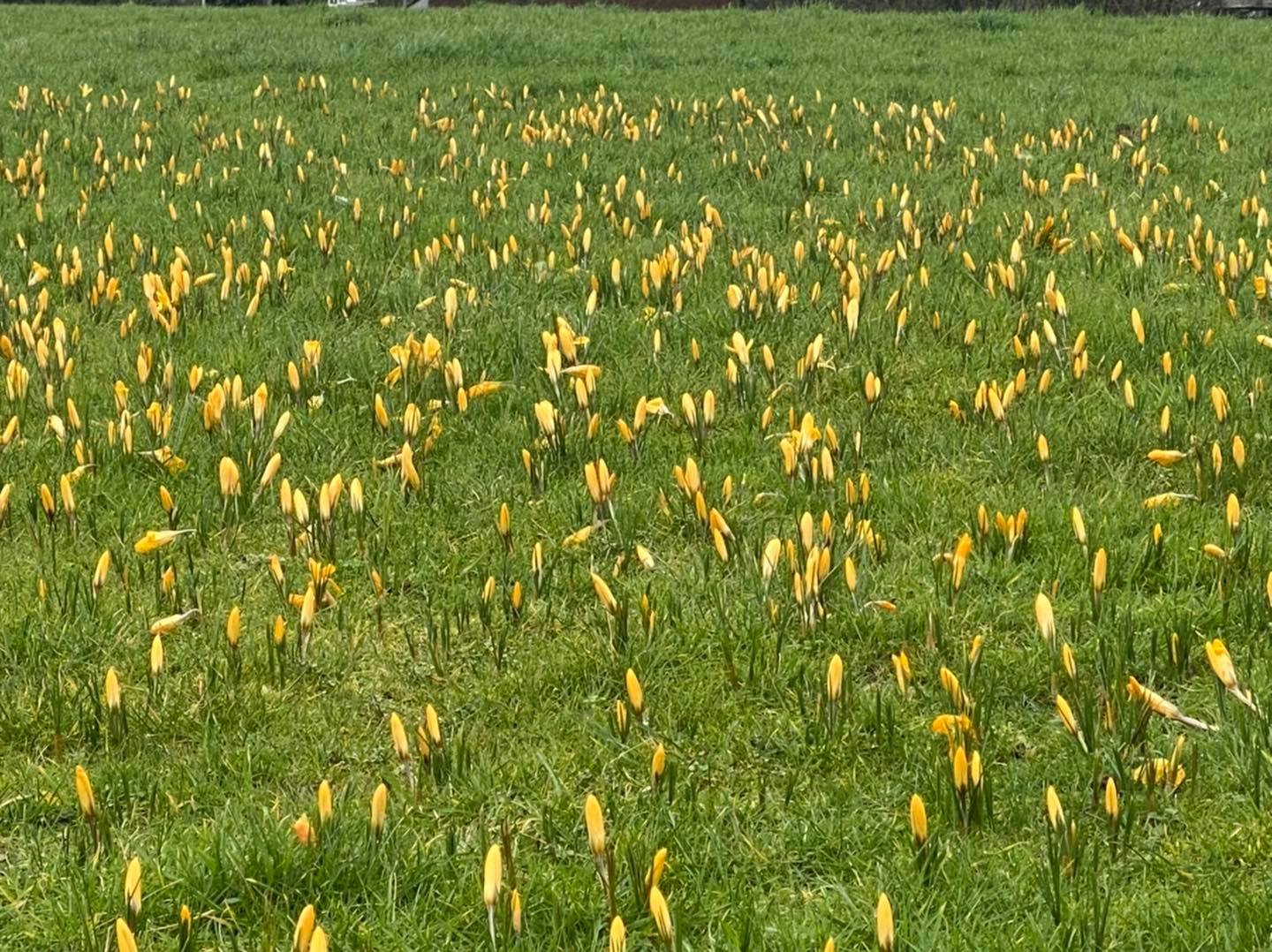 Many often refer to Crocus’ being the first sign that spring is on the way – however some varieties of crocus can start to show flowers as early as late Autumn, throughout winter and into spring. The Crocus’ on Moor park however have decided to show themselves today.

Crocus are dwarf, deciduous perennials growing from a corm, with linear leaves usually with a silvery central stripe, and goblet-shaped, sometimes fragrant flowers in autumn or early spring. 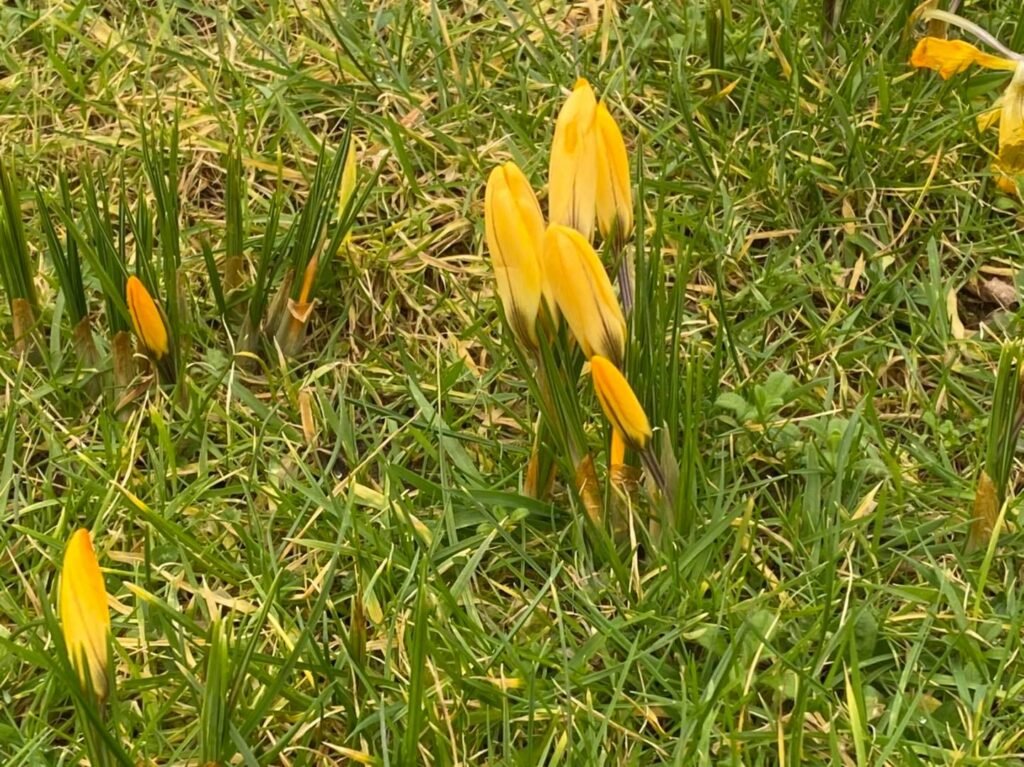 One of the more valuable relatives of the crocus is what we refer to as the Saffron plant which is a crocus that produces a tiny amount of a very unique flavour which is both highly sought after and difficult to produce in large quantities – meaning it’s an expensive commodity. (See picture below) 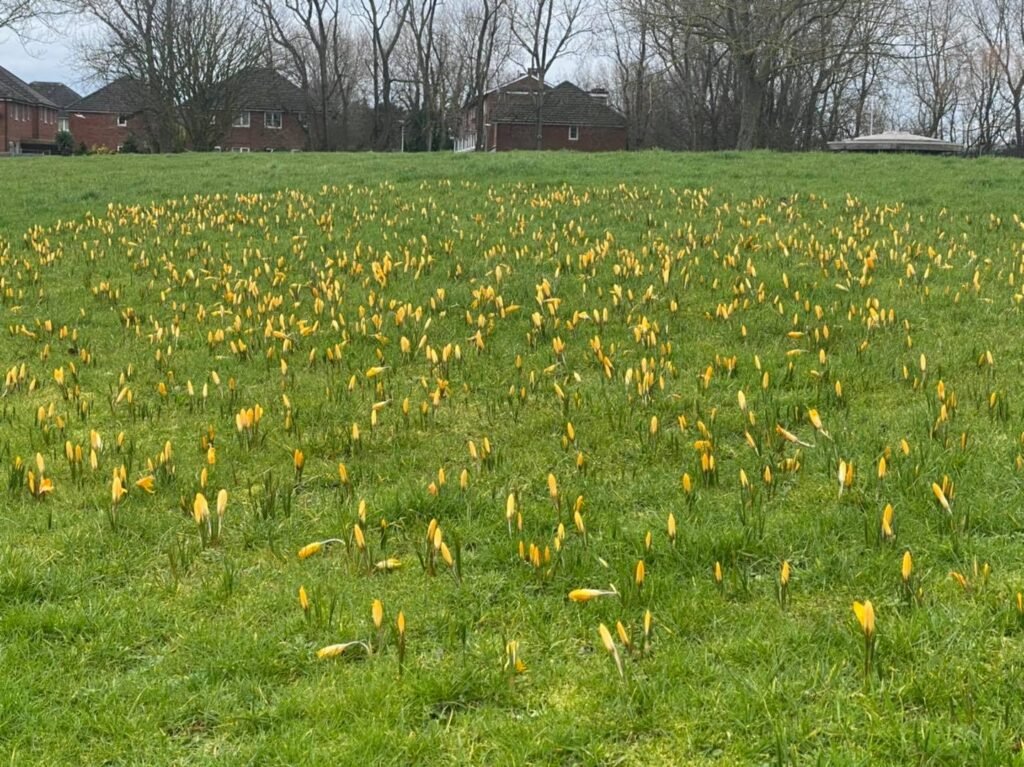 There are many patches or Crocus around Moor Park and it makes for a lovely walk or even a nature adventure with the little ones. Just be careful not to trample on the delicate flowers which can be a vital form of nourishment for early pollinators like bees who can start to stir when the temperature starts to raise a little. 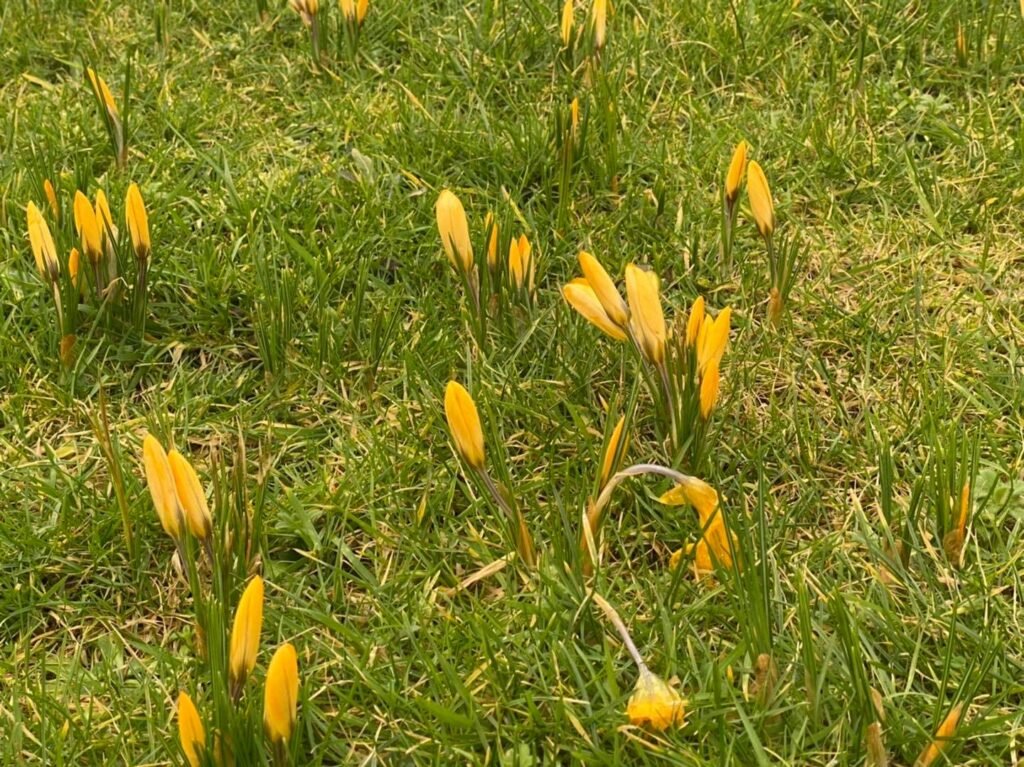 The cold weather can prevent some of the blooms from standing upright. It doesn’t necessarily mean they’ve been stood on – but in the same respect this could have been caused by a dog, fox or other small animal. 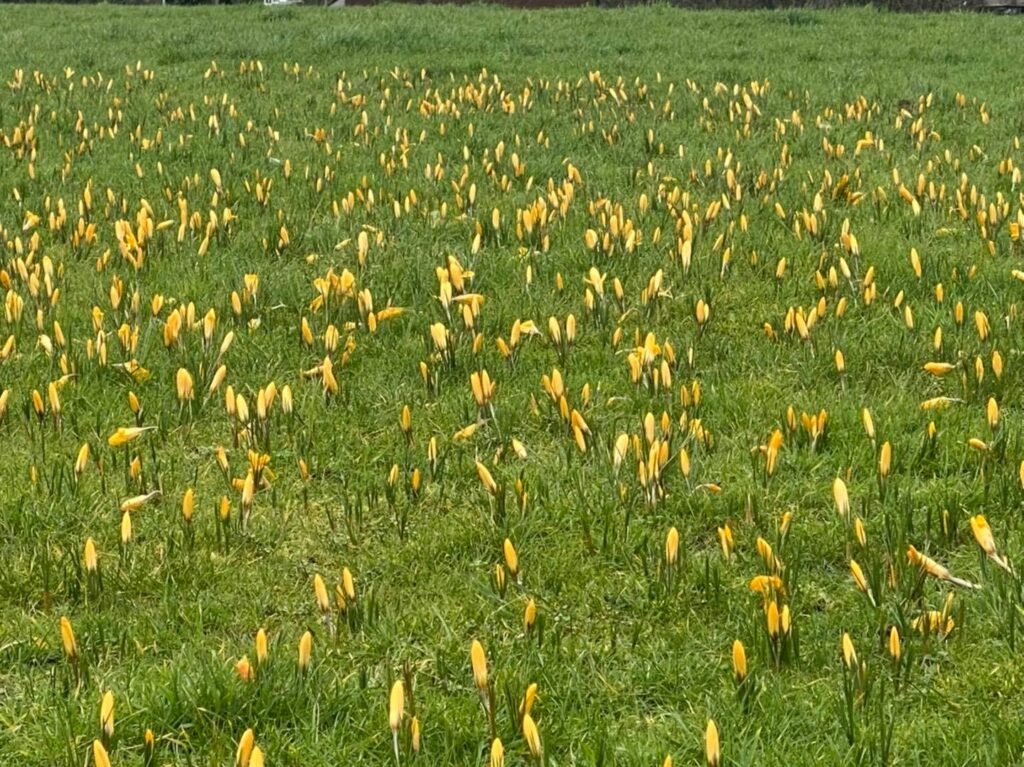 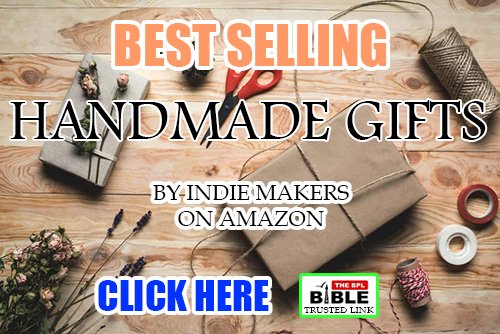